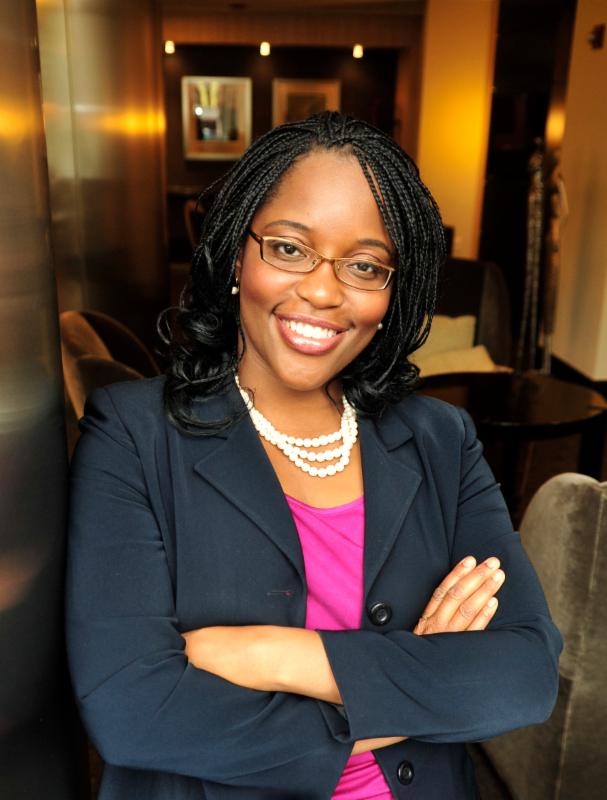 IHEP President Michelle Asha Cooper, Ph.D. has been selected for a prestigious award by the College of Charleston, her alma mater.

Cooper received the "Distinguished Alumna Award" for her contributions to the higher education field and society at-large. The award was officially announced during the school's 2016 Alumni Awards Gala.

Cooper is one of seven awardees being celebrated by the College of Charleston. The awards recognize alumni whose accomplishments in their chosen fields have brought honor to the school.

"The College of Charleston Alumni Association is honored to recognize Michelle Asha Cooper as our 2016 Distinguished Alumna," said Karen B. Jones, executive secretary of the College of Charleston Alumni Association. "She is a leader in the field of higher education policy, and we are proud to count her among our most outstanding and accomplished alumni."

Cooper, a Charleston native, was an English major and a member of Delta Sigma Theta at the College of Charleston. After graduating, Cooper earned her master's degree in Africana studies from Cornell University and her Ph.D. in education policy and leadership from the University of Maryland.

Cooper is the recipient of several awards recognizing her work in advancing economic and educational opportunities. She has been awarded the prestigious Aspen Institute Presidential Fellowship (2016); the Center for Nonprofit Advancement's EXCEL (Excellence in Chief Executive Leadership) Award (2014), as well as Politic365's "Game Changer" (2012, 2013) - which recognized her among a distinguished group of bi-partisan, multicultural leaders from across the country whose foresight and active engagement in both the public and private sectors are critical to America's domestic success and global leadership. In 2012, the Black Women's Agenda honored Cooper for her outstanding "economic development contributions to advance, secure and protect the rights of Black women and their families."

Cooper is a thought leader and highly sought-after contributor to the national discourse. She has written extensively and co-authored Becoming a Student-Ready College:  A New Culture of Leadership for Student Success, which reverses the college readiness conversation to offer a new paradigm on institutional value-add in boosting student outcomes.

Cooper has also been actively involved with the College of Charleston, where she has served on the Alumni Association Board of Directors.

The Institute for Higher Education Policy (IHEP) is a nonpartisan, nonprofit organization committed to promoting access to and success in higher education for all students. Based in Washington, D.C., IHEP develops innovative policy- and practice-oriented research to guide policymakers and education leaders, who develop high-impact policies that will address our nation’s most pressing education challenges.